Mr. Porntep Butniphant, as Emergency Director (ED), along with the Emergency Response Team, consisting of 30 fire trucks and 150 firefighters from companies within Map Ta Phut Industrial Estate, and Map Ta Phut Municipality, joined the operation at the simulation scene where fire trucks and ambulances arrived, and there was an evacuation of the community. This operation was also joined by PTTGC CSR Management to virtually communicate with the community and use communication equipment with breaking news station of Map Ta Phut Industrial Estate. 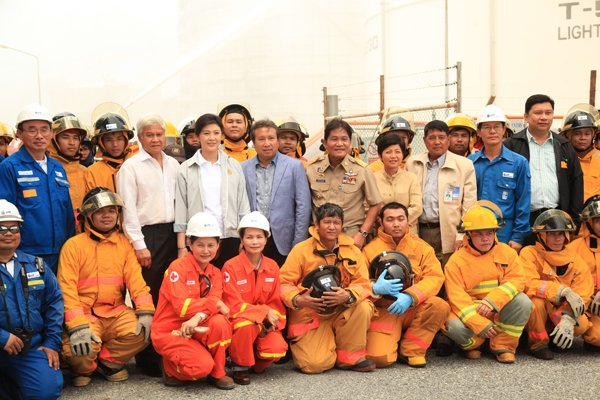