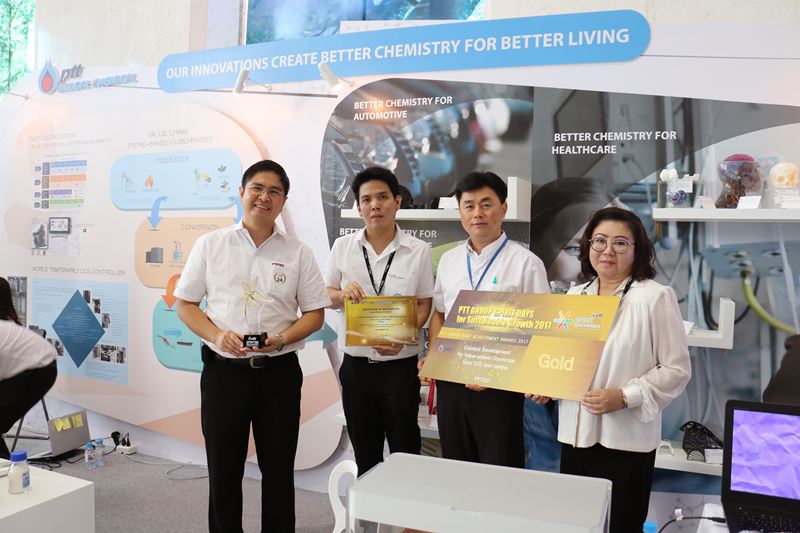 Over the past century, the average temperature has continuously increased leading to the global warming where carbon dioxide is believed to be a major contributor. To attack this problem, PTT Global Chemical PLC (GC) and VISTEC have started a collaboration on carbon dioxide utilizations under supervision of Assoc. Prof. Khamphee Phomphrai since 2016. Starting from carbon dioxide and olefins, catalysis processes for valuable products such as lactones, unsaturated carboxylic acids, self-healing polyurethanes and cyclic carbonates have been established. In addition to 5 filed patents , the joint research team received Gold Level PTT Group RD&T Achievement Awards in 2017. VISTEC in partnership with GC has a strong believe to drive Thailand to prosperity using science and technology. 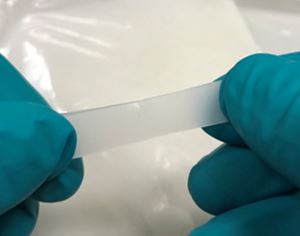